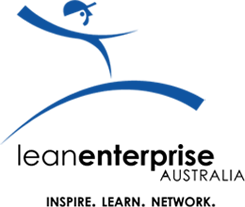 The main thrust of Peter Walshâ€™s work has been to help manufacturing companies to improve. In 1981 he visited Toyota in Japan, and recognized that their approach to manufacturing was very different from that of companies in Australia, USA and Europe. Since then he has continued to study and apply the ideas behind the Toyota Production System, one of its derivatives â€“ the Kawasaki Production System â€“ and Lean Thinking. He hosted the visit to Australia by Taichi Ohno in 1985, and first met Jim Womack and Dan Jones in 1997. In 2003 he founded Lean Enterprise Australia and organized its first public event â€“ a conference involving Jim Womack and Jose Ferro attended by over 250 people â€“ in March of that year. After Graduating with an honours degree in Engineering, his career roles have included Plant Management, Management Consultant and Company Chairman. In these roles he has conducted projects for organisations ranging from the largest to smallest in Australia. He has also operated extensively in the UK, and in USA, Malaysia, Indonesia, Thailand, Belgium and New Zealand. He was a nominated world automotive industry specialist with a major international consulting organization. He has been involved in numerous manufacturing and technology studies for the Australian Government, and has given papers on Lean issues to Australian Society of Accountants, at Value Chain Management conferences organised by the Commonwealth Government, and to individual enterprises. He speaks to and advises manufacturing and non-manufacturing organizations on Lean Thinking in Australia.